The Giving Pledge: Success or Failure? 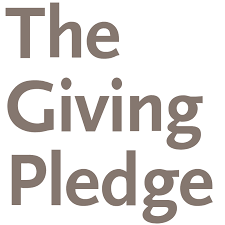 The Giving Pledge started as a spectacular idea. Some history, courtesy of The Chronicle of Philanthropy:

Ten years ago, an all-star team of philanthropists, including Bill and Melinda Gates, Warren Buffett, Ted Turner, Michael Bloomberg, Charles Feeney, George Soros, Eli Broad, and Oprah Winfrey, came together for a private dinner in New York. Their collective net worth: roughly $130 billion. The question on the table: how to give it away — and how to persuade others to do the same.

They laid the groundwork that night for the Giving Pledge, an effort that, when it was announced a year later, was hailed as “the biggest fundraising drive in history.” The Giving Pledge is a public, nonbinding promise made by rich people around the world to dedicate more than half of their wealth to charitable causes during their lifetimes or in their wills….

It turned out that the Giving Pledge was long on theory and short on practice.

There was an initial burst of enthusiasm. More than 90 families had signed on by the end of 2012. After that, the number of donors taking the Giving Pledge slowed. In late May, the latest group of new signatories was announced, including MacKenzie Bezos, the ex-wife of Amazon founder Jeff Bezos and one of the richest women in the world. The new additions brought the total to 204. Meanwhile, the vast majority of the ultrarich, in the United States and abroad, have taken a pass.

Had the uber-wealthy stuck to their pledge, philanthropy would be witnessing a new golden age, with unprecedented amounts of wealth changing hands.

A 2018 report from the Bridgespan Group focusing on about 2,000 of the very wealthiest American families — those with assets of $500 million or more — found that they donated about 1.2 percent of their assets to charity in 2017. That’s a lot of money: $45 billion, give or take. It’s not enough, however, to keep pace with the growth in their assets.

The result is that these very wealthy families, as a group, are piling up wealth faster than they are giving it away, even in the face of pressing problems that philanthropy could tackle — climate change, global poverty, a tide of refugees, neglected tropical diseases, and the suffering caused by dementia and mental illness, to name just a few.

So while the Giving Pledge may have spurred some to give at new levels, it hasn’t lived up to its ultimate promise. But is it a complete failure? If you were among those rare folks, would you join the pledge and fulfill your commitment?